I am very excited to share with the readers that the Hyde Park Condominium at 4141 N. Henderson Rd, just a few blocks south of the Ballston Metro, successfully voted to change the by-laws to ban smoking in units and on balconies, as well as the already established ban in common areas!

In July 2016, I wrote an article about banning smoking in condos and the reaction from readers both in the comment section and in email exchanges afterwards clearly showed how many condo owners wanted to ban smoking in their buildings.

It is a challenge that only a few Boards have taken on and none have been successful in the way Hyde Park has.

I’d like to congratulate the Hyde Park Board and its residents on a job well done and hopefully paving the way for many more buildings to ban smoking inside and outside of private units in the near future. I firmly believe that this type of ban in condos will increase property values both near and long term.

I’d like to thank Greg Hunter Esq, a local attorney and the Hyde Park Covenants Chair who led the ban, for agreeing to write a column explaining how they accomplished the ban, lessons learned, and other experiences over the last few years.

Below is what Greg wanted to share with the ARLnow readers. It is not intended to be an official statement from Hyde Park.

The owners of the Hyde Park Condominium recently passed a bylaw amendment to ban smoking in every part of the property, including private units and balconies.

With over 300 residential units and several ground-level commercial suites, Hyde Park is the first condominium in Arlington to successfully amend their bylaws to go smoke-free.

With the new bylaw, smoking is now banned in every part of Hyde Park, including outdoor areas, private homes and on balconies. There is a limited and non-transferable right for current unit owners to continue to smoke in their own units (grandfather clause), but not on their balconies.

Why A Bylaw Amendment?

Passing a bylaw amendment was not our original goal.

In an ideal world, everyone could live as they wish; any one of us could, if we so desired, smoke cigarettes or rehearse with our metal band or keep peacocks on the balcony and it wouldn’t bother anyone else.

At Hyde Park however, and I suspect every other condominium in the world, one person’s right to enjoy herself does not allow her to annoy her neighbors. We tried a lot of things to solve the problem without a bylaw amendment, including banning smoking in common areas and improving the ventilation systems, but in the end the only effective option we had was a bylaw amendment.

How Did Hyde Park Get There?

After hearing complaints about smoking for years we took a poll in 2014, asking all residents — owners and renters — to answer a few questions about their attitudes toward smoking.

We put a short poll card in every mail box and got a tremendous response, with over 80% of our residents responding. Our results were interesting — an overwhelming majority of residents reported that they really didn’t like second hand smoke and only a few residents reported having one or more smokers living in their unit, but the only thing a majority would support was a new rule to ban smoking in all common areas; only about 20% of residents supported passing a bylaw at the time.

At the same time, our engineer and maintenance staff made improvements and repairs to the HVAC system and used a lot of sealants to try and keep air from passing from one unit to another, with little success preventing smoke from traveling between units.

The most important development from those early efforts was educational — nearly everyone at Hyde Park was against having second-hand smoke waft into their unit, but very few of us understood just how many of our neighbors felt the same way until we saw the poll results.

After about a year with the new rule, more and more residents asked about passing a bylaw at each monthly board meeting, so we took another poll in 2016. Knowing that we would need an affirmative vote from more than 66.67% of the total ownership, we only polled unit owners, the people who could actually vote.

Once again we got a tremendous response, with about 60% of resident and non-resident owners returning a poll card; about 80% of the resident owners and 75% of the non-resident owners expressed support for a bylaw. With strong grass-roots support, and little success from anything else we tried, we held several meetings and drafted a bylaw amendment proposal.

Over the winter and spring of 2017, we held public meetings, answered every question we heard and edited our draft amendment to reflect what a majority of the ownership wanted. Our draft amendment went to the Association’s counsel, back to us for review, back to counsel and finally to the Board.

They voted to approve the text of the proposed bylaw amendment and set a voting schedule for later in the year. A package was prepared for every unit owner with a letter from the President of the Association, a copy of the proposed amendment (a “consent form”), and answers to nearly every question we got in our three years of meetings.

The Board gave us 90 days to get the vote in and we managed to get over 68% of the ownership – about 220 units – to sign their forms before New Year’s Eve. From there, the consent forms went to our counsel for review, and within a few days our President was able to file the bylaw amendment with the Arlington County Circuit Court.

Polling is important. Without the poll results many unit owners will not be comfortable with the idea of voting for a bylaw amendment, and without strong support there is no reason to take on all of the work.

While you have to do what you can to preserve owners’ privacy, there’s no hiding from the results. Eventually any unit owner can know how anyone else voted, pro or con.

It’s also not an election in the traditional sense. There’s no question that smokers are a small minority in Arlington, especially in expensive condominiums.

We live in a county where smoking is illegal in every shop, office, store, restaurant, bar, classroom, theater, museum, bus station, airport, subway train, taxicab and outdoor parks, with little complaint. A strong majority of your ownership is going to support this, and very few people will be against it. T

he real question is whether you can get more than 2/3 of the ownership to sign the paper. It’s really more of a bookkeeping exercise. It’s also important to note that a an abstention or non-vote has the same effect as a “no” vote. 2/3 of the ownership must actually vote “yes” for the bylaw amendment to pass.

To some people, it will look like you’re piling on. To get the votes we needed, we tried everything we could think of. Small groups of supporters set up a table in the lobby several times to try and get a few votes, individual unit owners recruited and cajoled friends and neighbors around the building, personal notes were sent to every unit owner who hadn’t yet voted and more than a few nerves were frayed.

Having done this once it’s clear to all of us at Hyde Park just how burdensome the 66.67% requirement is; if you’re serious about this you’re going to have to do everything you can to get votes in, and some people are going to be perturbed.

There is a generational difference in how people view smoking. We have younger smokers who voted in favor of the amendment because they understand how offensive and toxic second-hand smoke is and they don’t want to impose on their neighbors or deal with anyone else’s smoke.

At the same time, we have older residents who don’t smoke (and non-resident owners who don’t allow their renters to smoke) who grew up in a world where smoking was allowed nearly everywhere and thought the bylaw amendment was a terrible idea.

One of our residents did some research that was very helpful in our efforts. The 2010 Census reflects that the number of Americans who smoke continues to decline and that Arlingtonians smoke at a much lower rate than the national average.

There were approximately 32,000 rental units in Arlington County when we started this process, with about 8,000 of those units in condominiums. As commercial landlords like JBG Smith and Equity continue to ban smoking in their properties the smokers looking for apartments have to rent in condominiums.

Hyde Park was the first condominium community in Arlington to ban smoking with a bylaw, but we’re not going to be the last.

Greg, thank you very much for such an informative write-up on the smoking ban. If anybody would like to follow-up with Greg to learn more about his experience over the last 3+ years leading this effort, please reach out to me at Eli@EliResidential.com, and I’d be happy to make an introduction.

I would also encourage other condo owners and Board members to use the comments section to share how smoking bans have been discussed within your communities and whether Hyde Park’s success may help your Board move forward with a similar effort. 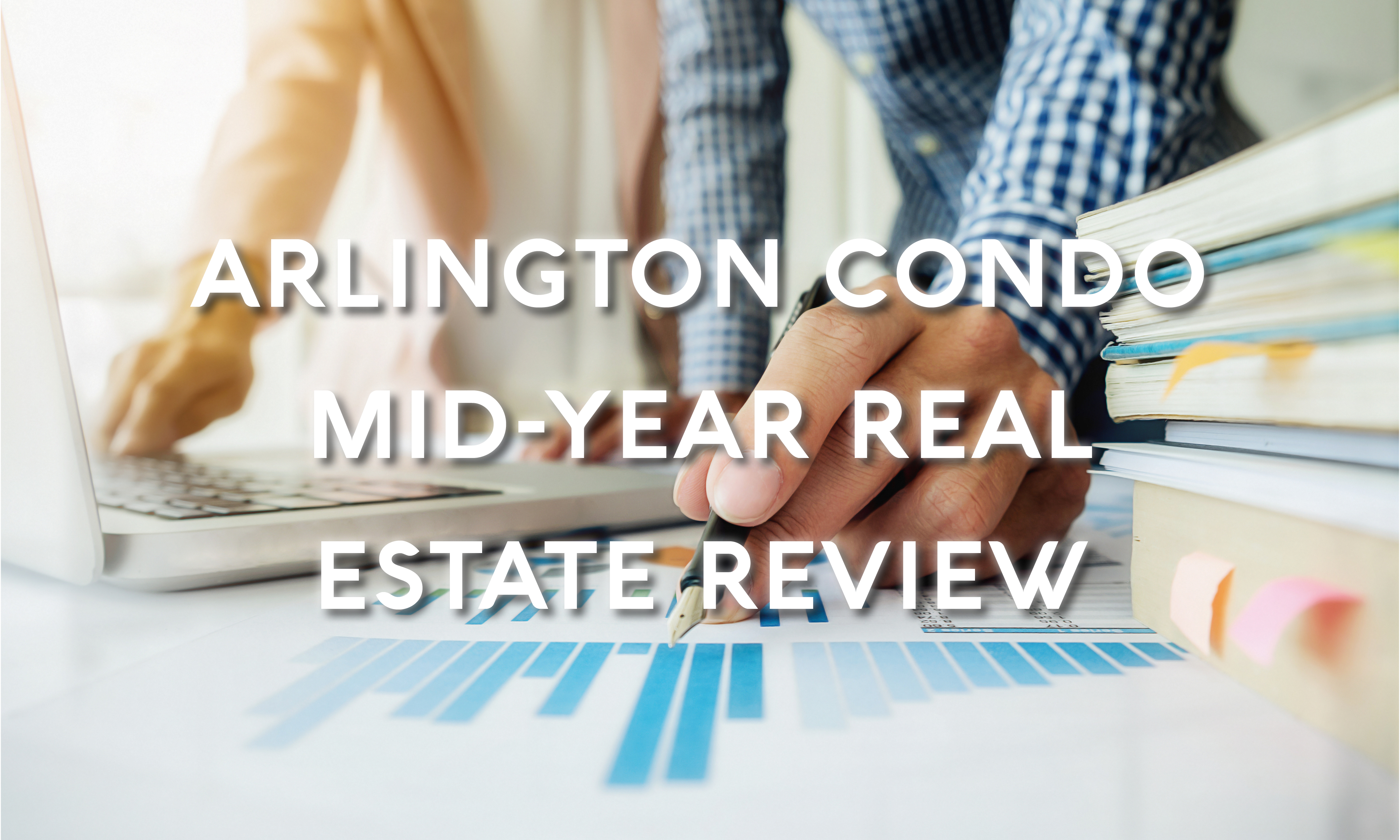 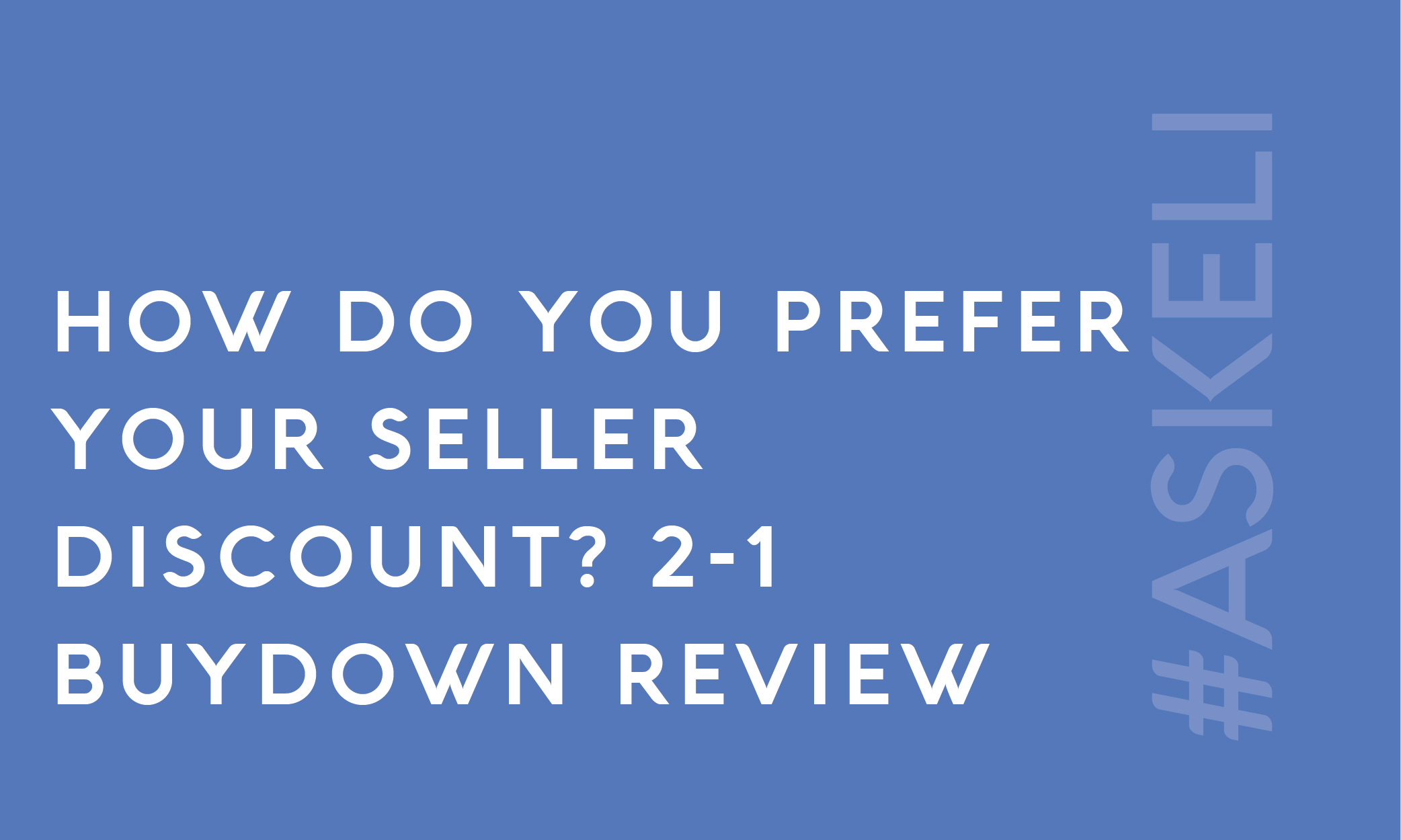 How do you prefer your seller discount? 2-1 Buydown Review